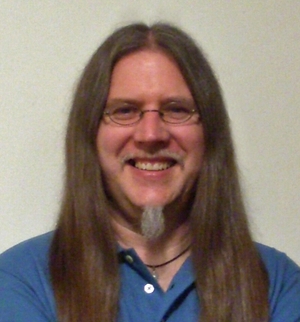 In addition, to being President and Founder, Mark is a key Technical Consultant and delivers InRoads consulting and implementation projects; as well as, providing the best InRoads Fundamentals and Survey training available.

Another important role that Mark holds is quality control. Maintaining accuracy and assuring high standards in technical delivery are of utmost importance in Zen Engineering.

With almost 40 years of experience Mark has accumulated a working knowledge of grading, paving, water, sewer and other utility design with emphasis in the use of CADD in the production of engineering working drawings. Throughout the years, he has specialized in Surveying, Coordinate Geometry, Hydrology, Pipe & Channel Hydraulics and extensively in site Grading & Earthwork calculations, by both hand methods and various computer modeling methods. Mark began working with MicroStation in 1985, and since early 1989 through 1995 he has worked extensively with the civil software package InRoads in a production environment. The scope of Engineering projects Mark has been involved with range from a custom residential lot in Paradise Valley, AZ to the 10,000 acre Estrella Master Plan Development in Goodyear, AZ to the 150 acre MGM Euro-Disney site in Paris, France to the Arco & Mobil Clean Fuels Projects in Los Angeles CA.

Beyond Mark’s Engineering and Survey skills, his career and activity as a Civil software specialist is beyond words. For those that know him there is no question that he is among the best in the business. He has published several million words of technical material, is a true master of creating documentation, communicating software intent, developing work processes, optimizing human and software resources, and working in your best interests.

Kodak Plant, China:
Worked as a consultant with Fluor Daniel, in New Jersey, assisting them with a Kodak facility in China. The work was heavily weighted toward the use of StormWorks, involving storm and sanitary sewer design. InRoads was used to create the finished grading design model. InWater was also utilized for domestic water & fire protection. (Intergraph S/W)

Bureau of Indian Affairs, Juneau, Alaska Office & Aberdeen, South Dakota Office:
Worked as a consultant to implement their newly acquired InRoads software. Standards were constructed and various levels of training implemented to bring everyone up to speed on their projects. The overall project involved documentation, training and specific project support. (Intergraph S/W)

Understands how this course relates / applies to the engineering field. Has actual experience using this software in engineering discipline.