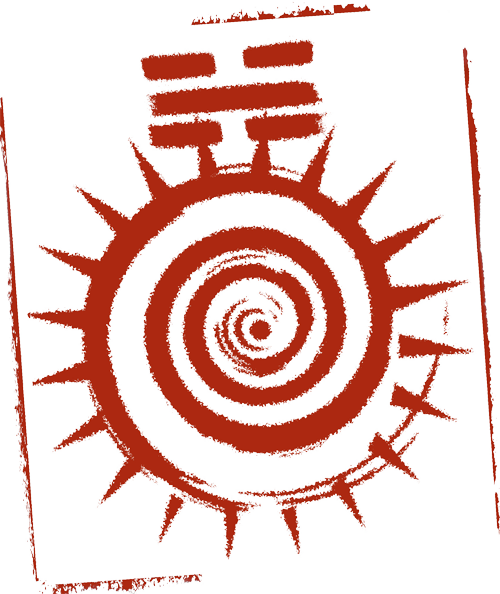 The eastern practice of affixing seals to artwork probably originated with collectors who stamped their seals on a collection to indicate ownership. But later, the choice of seals designated certain interests and values of the painter with subtle cultural, personal, or political implications. The seals are blocks or sculpted pieces of soft stone with the text on which the name, or the user\s name was carved in seal script (a kind of ancient character) in red. Seal impressions on paintings indicated not only the artist but also who the owner was. It is therefore possible that a painting could contain one or more seals. From these seals one could ascertain that the painting was passed through many individuals. Collectors of good taste kept their seals small and placed them in the corners; arrogant collectors and emperors impressed large and showy seals.

Like the original seals the ‘Zen Engineering’ seal also has special meaning and was developed while personally sitting next to one of the top graphic designers in the country and approving (or disapproving) his every move.

Also incorporated into the seal is:

Mark knows his stuff; he made learning fun and easy. He was very structured and good at explaining material. He created a comfortable atmosphere for learning and has great knowledge of the InRoads Software. Without a doubt Mark was Excellent.